skip to main | skip to sidebar

Another teen suicide: Teen bullied because of learning disability


His friends have told his family that the quiet shy teen may have been bullied recently.

The grieving family fears that triggered the suicide and is sure that Jessie had been constantly bullied as a result of him being little, and having a speech impediment and learning disability.

His mother told news sources that there was an incident back in junior high school and most recently an incident involving kids hanging outside a local McDonalds, laughing and pointing at Jesse.

Although little research has been conducted on the relation between learning disabilities (LD) and bullying, research indicates that children with LD are at greater risk of being teased and physically bullied.

Children with medical conditions that affect their appearance (e.g., cerebral palsy, muscular dystrophy, and spina bifida) are more likely to be victimized by peers. Frequently, these children report being called names related to their disability

Obesity also may place children at higher risk of being bullied. In a study of children aged 11–16, researchers found that overweight and obese girls (aged 11–16) and boys (aged 11–12) were more likely than normal-weight peers to be teased or to be made fun of and to experience relational bullying (e.g., to be socially excluded). Overweight and obese girls were also more likely to be physically bullied.

CLICK HERE TO READ MORE
Posted by ABOUT LOVE OUR CHILDREN USA at 12:39 PM

October is National Cyber Safety Awareness Month and it’s important for you and your family to be cyber smart and cyber safe!

Learn how to keep your children safe on the Internet. So many parents say "my child would never meet anyone from the Internet" ....yet the reality is that so many kids are looking for something more ... someone more ... more love ... more attention ... and when a stranger tells them how wonderful they are and how happy they can make them ... don't be fooled! Your kids will believe them.

Here you will find information on parental control software, keeping kids from visiting inappropriate websites and ensuring their use of appropriate monitored chatrooms. You can also learn about cyber bullying which is serious and on the rise!

You will also find information which will help keep you cyber safe. The more cybersafe parents are, the safer their children will be online.

Read more of the article here
Posted by ABOUT LOVE OUR CHILDREN USA at 6:11 PM

WELCOME TO THE LOVE OUR CHILDREN USA BLOG

Welcome to our blog. Love Our Children USA is the leading national nonprofit and ‘Go-To’ prevention organization fighting all forms of violence and neglect against children in the U.S.

ABOUT LOVE OUR CHILDREN USA
Since 1999, Love Our Children USA has broken ground in preventing violence against children and eliminating behaviors that keep them from reaching their full potential. It teaches effective parenting solutions and fosters kid success by creating valuable programs that empower positive changes in parenting and family attitudes, bullying and cyberbullying prevention, Internet safety and school violence prevention through public education. The goal of Love Our Children USA is keeping children safe and strengthening families. We believe that by changing social behaviors and attitudes and generating positive change, millions of children can be saved, allowing them to be loved, safe and nurtured … growing up to become healthy and happy adults who continue that cycle. 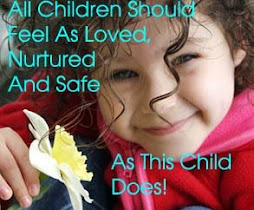 Love Our Children USA on YOU TUBE